Imitation may be the sincerest form of flattery for the Wilde at heart, but for the Weyes mind it’s a natural note in the songbook of life. For the first recorded Weyes Blood music since her 2016 breakthrough album Front Row Seat To Earth, Natalie Mering shares A Certain Kind b/w Everybody’s Talkin’, a double a-side 7″ of cover songs close to her home but recognizable under any roof with a hearing heart at its hearth.

From her DIY days self-releasing CDRs through her ascent as a defining voice of a new folk tradition, Natalie Mering has always possessed a proclivity for exceptional taste. Whether influenced by her bloodline of musicians or the cast of curious coastal characters she encountered while exploring life and sound, Mering always took special care to acknowledge the artists that shaped her music in live Weyes Blood performances.

A mainstay of Weyes Blood’s early years on stage, Fred Neil’s “Everybody’s Talkin’” as imagined by Harry Nilsson for the Midnight Cowboy soundtrack is finally memorialized on A Certain Kind b/w Everybody’s Talkin’. As a native Californian transplanted to the east coast, Mering identified with Neil and Nilsson’s forlorn feeling of east coast isolation and longing for days in the rays. “I’m going where the sun keeps shining. Through the pouring rain. Going where the weather suits my clothes.”

Originally recorded on distant shores from where midnight cowboys roamed the same year of 1968, Soft Machine’s “A Certain Kind” was often confused as a Weyes Blood original when Mering introduced the Robert Wyatt penned fusion ballad to her live set. A recording residency at the famed Galeria ze dos Bois (ZDB) multidisciplinary space in Lisbon, Portugal enabled Mering and her touring band to track the soul-searching rendition of the song present on A Certain Kind b/w Everybody’s Talkin’.

A Certain Kind b/w Everybody’s Talkin’ is not only a capsule of Mering’s care for those artists and songs that have helped define the Weyes Blood sound, but also a discovery of a different kind — the words and melodies become Mering’s and ours through her intimate interpretation and commitment to seeking culture’s fringes for deeper meaning. 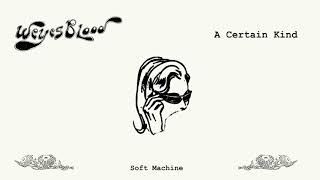 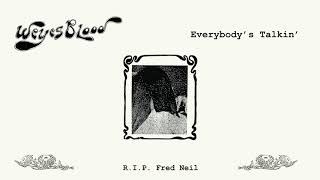