Settle into Tonstartssbandht’s music and let it rock heavy from all sides. The music melds with the personal, tangible nature of the city climate, telling a stunning tale. Discovered on the road and distilled at home, the music conveys experience and subtlety, scars exposed to carry the chronicle. The music, the music, the fucking music.

Sorcerer is the new full-length studio album from Andy and Edwin White, the Florida / New York duo known as Tonstartssbandht (tahn-starts-bandit). On Sorcerer, the brothers chart a heavenly course above the storm and stress, one explored over years of touring and a poetic language forged between performers and siblings.

Recorded live in the living room of Le Wallet, the affectionate name of Andy and Ed’s former Bushwick, Brooklyn apartment (additional vocals were added after a move back to their hometown – and present dwellings – of Orlando, Florida), elements of the environment Sorcerer was captured – a water heater’s hiss, a passing cop car siren, the rumble of the train – bleed in and out while the music fills the room to reflect its very shape.

Lyrically shaped by relapse, recovery, and lost relationships, the brothers’ harmonized voices and trademark glossolalia shade the songs of Sorcerer with a beautiful, unsettled subtext. A desirous unmaking of design happens across the three album parts, eventually recovering and cohering as an earnest, honest experience.

Andy and Ed never halt their working pace, and never cease to stroll the path they’ve invented despite the challenges at hand. Intentionally striving for and then subverting self-sabotage, weathering the storm they’ve summoned, Sorcerer is the romantic abstract of this invented space and the individual’s relationship with that space. It is raw and flawed, but brilliant and real because it is intentionally so.

This is Tonstartssbandht at the height of their song – and story – craft, channeling pure motion and emotion through a soulful filter at the speed of sorcery. Witness the incantation and let the spell take hold. 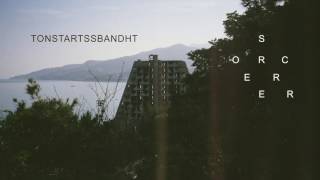 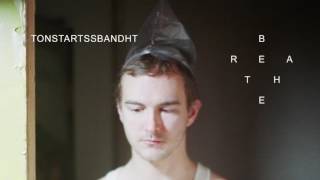