Shadow Band make sounds that move like foggy dreams from fantastical lands. Their patient but powerful songs set in motion a series of refracting echoes that call forth images of medieval battles, spirits unseen by human eyes and the gentle, constant pulsing of the universe

Progress was made by moving backwards; Brunner, Nehring, and Morel began capturing the sounds of the band as they retreated into their South Philly lair. Recording at home over the course of many moons and seasons, Morel gathered the sounds and wove an outpouring of songs that would make up the Shadow Band’s debut album Wilderness of Love.

The result is a fully congealed and creative wave that crests somewhere within the gentle vibrations of the natural world, an ominous psychedelic dream state and the world’s highest game of D&D. Shadow Band sets forth on a journey into the next world, taking their songs of golden sunrise folk and death-knell blues on tour and always cultivating new sounds in their self-made and seemingly limitless world. 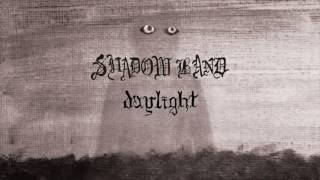