It’s not uncommon to form a band while in college, and that is exactly what Quilt did. Its primary members, Shane Butler and Anna Fox Rochinski (as well as Taylor Mcvay—who plays on much of the record, but has since left the band amicably) were all visual art students at the School of the Museum of Fine Arts in Boston, but bonded over their mutual love of weird, experimental jams and classic pop harmonies. John Andrews joined the band as drummer after opening for every Quilt show on tour in 2009. Butler grew up in a “spiritual community with a lot of musical chanting” and Rochinski was “doing classical singing in choirs that had a lot of crazy harmonies. There’s a lot of repetitive, almost mantra stuff in our songs,” she adds. Quilt is a band with strong roots that formed at the apex of the point in your life when you’re thinking about your own art and what it all means. Then you grow up. You get married, you get a real job, life gets in the way of your art. But the support structure of the band is strong, and they powered through. This self-titled debut full length is the result.

The album, produced and engineered by Apollo Sunshine’s Jesse Gallagher, feels fully formed in a way that their older cassette material only hinted at. From the gorgeous two and three-part harmonies that pepper every track to the twinkling guitar that floats over everything, this is wandering music made up of expansive, cinematic moments, brought home by those harmonies. Singing at the same time, Butler and Rochinski are the core, sounding both powerful and intimate while letting their voices go thin and then build up to a concrete thickness. At points, when all three members sing, it’s a revalation. “Penobska Oakwalk” sounds already classic, Rochinski rounding out Butler’s melancholy with subtle power, while “Gome Home” is all bluster, thudding bass, footstomps and faint, swirling desolation. “Philosophically and musically we’re very attuned in a lot of ways,” Butler says. It’s visual music without any visuals. Quilt’s music is so vivid that we don’t even need them.

But the real key to the album lies in the members’ complete freedom with their music. Each of these songs is a result of endless jamming—letting the tracks take shape organically until they cohered into songs worth digging into. “We get together and intuitively flow and then carve the songs with lyrics,” Butler says of the writing process. But that’s not to say Quilt are comfortable making an appealing melody and a catchy riff and leaving it at that. Instead, the band finds a formula in experimentation, letting keys drift languidly, following their own threads wherever they need to go. It is at once calming and arresting, the sound of a band finding its footing even as they break musical boundaries so subtly it’s almost not noticeable. “When you’re in school your entire life, plus you made this album right when you’re getting out of school. Your whole life changes all of a sudden and you’re like what is my agenda going to be?” Butler says. “A lot of this album is a coming of age album. Being like, Oh we’re in this world now, what are we gonna do with it?” 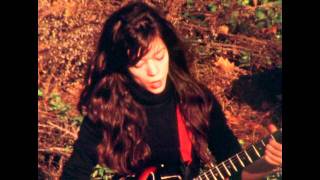