When liberation comes to mind, what do you think about? Freedom? Emancipation? The removal of restrictions? When you notice that Liberation! is the title of Peter Matthew Bauer’s debut solo album, such questions will inevitably arise. What’s he got to be liberated from, apart from 13 years as a member of The Walkmen? “That’s not it at all,” says Peter of his tenure in the beloved NYC band, which has now run its course. “We’re all friends,” says Bauer. “But it was time to call it a day.” Rather, Bauer uses Liberation! as an opportunity to welcome the rest of the world into his personal history of a childhood spent living in ashrams, and a life shaped by the constant presence of religion and mythology amidst uncertainty. It’s a bold, bracing collection of songs for the mind, body and spirit with the power to grab you and shake you out of your environment.

What he’s learned, and what he imparts both on the title track and across the eleven songs that make up Liberation!, is a riot of experiential notions. “Liberation, as the idea of the record, relates to belief in its various incarnations. In a way I’m trying to poke fun at it; this Western idea of heaven, this Eastern idea that it will take a hundred lifetimes, or a thousand lifetimes to get somewhere better. You can be mad about these things, but you can also arrive at some sort of strange, joyful experience right now without believing anything.”

At whatever level you choose to listen, the record stands proudly on its own, a roundabout life story couched in a dynamic blend of soulful balladry, folk-tinged meditations, and full-bore rock & roll. Written and realized in Utrecht during a bout of insomniac wanderlust, a song like “Latin American Ficciones,” the album’s first single, could take on any number of interpretations, with lyrics that become more descriptively vicious by turns as its two-chord riff grows in intensity, all dimed amps and deafening mantra. The first song on the record, “I Was Born In An Ashram,” addresses his teenage years, summers spent in an Ashram in upstate New York, set to a shambolic percussion, acoustic guitar, and choral background vocals, which culminate in a spiritual euphoria. “After awhile, a lot of unsavory business rose up around the ashram. So some of the songs relate to that, these whispers you’d hear as a teenager, of all these dark shadows and characters hanging around. I think it’s very unusual that all this negative stuff arises, and yet, so many of these people are having these very strange, authentic spiritual experiences,” Peter recalls. “That’s the sort of energy I was trying to get at – that paradox, which as you investigate it more, really seems to make more and more sense. Life is jubilant and joyous even through the shadows.” Album closer “You Are The Chapel” builds off a heart-soaring piano melody, skipping across an even wider array of life lived, from conversations about Richard Dawkins and genetics with strangers in the Basque countryside, to the absurdity of lad behavior from inside the facilities at a Savages concert in Leeds, to the life of a shoeless French hippie in Barcelona.

The constant changes in scenery that inspired Peter Bauer to write this record highlight a greater truth about the songs on Liberation! – that they exist on multiple levels, they take on meanings other than their intention the moment they left the studio, joined by what he’s phrased in the record’s finale as “the mystery of it all.” Conceived largely on a sojourn all across Europe following the dissolution of the Walkmen, Liberation! was recorded at a factory space in the Port Richmond neighborhood of Philadelphia with friends such as Quentin Stoltzfus, Christopher Colbert, Matt Oliver, and former bandmates Hamilton Leithauser and Matt Barrick taking part in the recording and mixing. All of this work accounts for Liberation’s saturated, homemade feel, as Peter’s music fuses a wide swath of influences and technique into an assured, anthemic statement in the palette of rock ‘n’ roll.

Liberation! is the soundtrack of one man’s journey inside himself, in preparation for the rest of the world to follow. 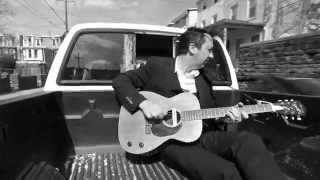