Paul Major—pioneering record dealer and frontman of the band Endless Boogie—has spent over a half-century immersed in the weirdest albums cast aside by the music industry, honing a world-renowned knowledge of the most unique, rare, and uncannily strange tunes of the rock and roll era. Feel the Music Vol. 1 compiles the fruits of his hard-won expertise, presenting cuts chosen by Paul from the far reaches of psychedelia, lounge, and loner folk: twelve utterly singular takes on musical expression, yielding a somehow cohesive and sublime whole.

Paul is a longtime champion of “Real People” musicians, one-of-a-kind artists operating wholly outside the industry, and this compilation gives us ample evidence of these distinct forms of genius. Though it moves through genres as diverse as the broken-down blues rock of Ray Harlowe & Gyp Fox, the ethereal psych-folk of Justyn Rees, the earnest schmaltz of balladeers Sebastian, and Darius, and the unclassifiable eeriness of Jerry Solomon, Feel the Music is permeated by a genuine feeling of no-holds-barred creativity and an unbridled love of musical expression. Listeners attuning themselves to these twelve parallel universe radio hits will undoubtedly come away feeling the same.

Paul Major was born in Louisville, Kentucky in 1954, placing him squarely in the generational path of rock and roll’s mighty wave: fuzz guitar first blew his mind at age 12, and he hasn’t looked back since. After stints playing in bands in St. Louis and Los Angeles, he moved to New York in 1978 and spent the next few years embroiled in the city’s explosive punk scene (most notably as part of the proto-speed metal band the Sorcerers). All the while, he found himself cultivating an extensive knowledge of rare and bizarre LPs. As his expertise in obscure collecting grew, Paul began a mail-order LP business, and his catalogs soon became must-reads for their mixture of hard-won crate-digging knowledge and witty, one-of-a-kind music writing—holy texts for psychedelic lifers the world over. Starting in 1997, Paul put his decades of experience to work as the singer and guitarist of the band Endless Boogie, whose skewed, no-frills take on rock has renewed his status as a preeminent voice on the farthest, weirdest margins of popular music. 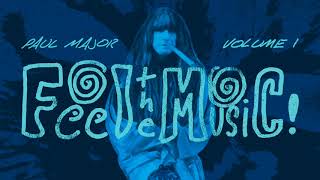 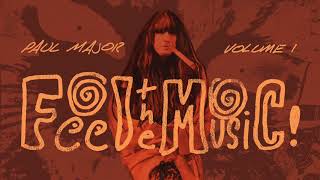