The album bears the fruits of a band that has refined its work ethic in the gulf of time between recording sessions. The outcome – a juxtaposition of unrest and calm, beauty and chaos, truth and fantasy, in the throes of maxed-out amps and hair-whipping guitar goddess rock music – is as unwavering as ever.

Where No Joy’s last album, Wait To Pleasure balanced textural differences with the freewheeling novelty of the studio environment, More Faithful documents a much more rigorous creative process and performance. For More Faithful No Joy worked with musician and producer Jorge Elbrecht (Ariel Pink’s Haunted Graffiti, Chairlift, Lansing-Dreiden). Recording was split between tracking at Brooklyn studio Gary’s Electric and an old farmhouse in Costa Rica.

In this rural Costa Rican setting, Elbrecht created a makeshift but nurturing studio environment where he and No Joy did the mixing, overdubs and cut vocals for 12 hours a day. Repairing themselves to an isolated environment strengthened No Joy’s regimented approach to making a record that satisfied their vision.

There is no question that More Faithful is the most forward, throttling record No Joy has made, taking their sound to the wall in a brazen display of beauty-laced power. At times More Faithful is heavier than anything they’ve done yet, while also their fastest – riffs shooting upward in discord and drifting down in angelic harmonies. 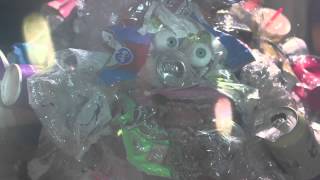