The Biophonic Boombox Recordings by The Nightcrawlers

Deep, diverse, and unheralded, the Philadelphia ambient electronic music scene of the 1980s is explored with The Nightcrawlers’ The Biophonic Boombox Recordings, an expansive archival collection documenting the hard-knuckled kosmische synthesizer trio’s home recordings self-released and distributed over 35 cassettes between 1980 and 1991.

Featuring the farthest reaching spacescapes of those cassette releases – improvised straight into the mic of a JVC Biphonic Boombox – none of these performances have been released beyond the original format, and essentially went out of print when Nightcrawler Peter D. Gulch got tired of dubbing them to blank tapes to mail-order through his Synkronos label and sell at live shows. Restored and recalibrated from the original cassettes, The Nightcrawlers’ music has never sounded better or so readily accessible.

Both salt-of-the-Earth Jersey-ites (Peter was a chemist, while brother Tom Gulch was a mailman, and younger third member Dave Lunt was a graphic designer) and eccentric technicians (particularly when it came to MIDI innovations), The Nightcrawlers created a sound which both evoked the heights of German synth pioneers of the previous decade, such as Tangerine Dream and Klaus Schulze, while reflecting their classical influences, particularly in the minimalism and pattern-based music of Steve Reich and Philip Glass. This was music that the Gulch brothers and Lunt were absorbing through Philadelphia outlets such as WXPN, the University of Pennsylvania’s radio station, and the Painted Bride Art Center, both eventual – and strong – supporters of the group.

Piling their gear into Peter’s Volkswagen Beetle (all the seats had been removed but one, the better to stack keyboards atop one another), the trio performed at artist spaces and galleries like Painted Bride and churches, improvising (often in total darkness), with impressive intuitiveness and chemistry, audiences stunned into altered states. Peter gave a litany of gear that would crowd the group’s live stage to Syne Magazine in its Summer 1985 issue: three Jupiter 6’s, a Korg PolySix, a Korg Poly 61, a Crumar DS-2, a Korg Poly-800, a Korg EX-800, a Korg MP-4, a Roland MSQ-100, a Roland TR-808, SH-1, SH-101, MC-202, TB-303, a few effects pedals and an Electro Harmonix Super Space Drum. That arsenal – still intact, but currently untouched for decades – would only continue to grow.

When The Nightcrawlers weren’t playing out, they were jamming and recording in Tom’s garage, where most of the music on Biophonic was created. According to one of their associates, they attempted to make each improvised piece fit on one side of a C-60 (60 minute) cassette. Which raises the question of why these mad scientists, obsessed with fidelity and performance, recorded most of their music on a boombox and never properly toured. Peter puts it pretty directly, “I don’t like studio work at all. To me it was just like putting an ice pick in my ear”. Likewise, despite Dave’s enthusiasm for touring possibilities, the Gulch brothers were hesitant to put the brakes on their day jobs, despite acquiring enough state-of-the-art equipment to dwarf the dreams of Duran Duran – whom Dave’s previous new wave band had once opened for.

What we’re left with then, is the rarest type of outsider music – stubbornly anti-careerist, but also skilled technically, played emotionally, meditatively, and sane (if off-center). While their contemporaries edged toward electronic music’s future as dance music, The Nightcrawlers held onto their belief in the cosmic, the classical, and the ambient, and left a large, mostly unheard body of work that both holds up next to their better known, European counterparts, as well as a looking glass into a fertile, now forgotten scene, one that should have resonated further than it did at the time. 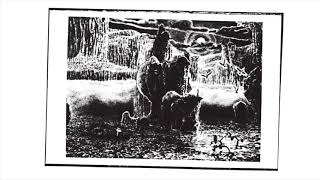 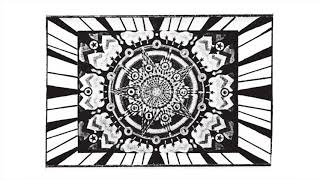 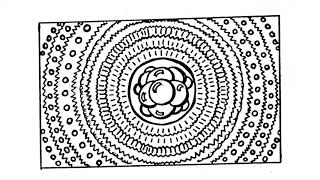