Dispossession is the second full length from Brooklyn’s Mike Wexler, and his debut for Mexican Summer. An artist who defies easy categorization—a songwriter/guitarist without a traditionalist bone in his body, with an ear for far flung sound-worlds and sonic atmospheres both high & low, Wexler brings all of his manifold interests to bear in carving out a space for a singular vision uniquely attuned to the present moment.

Dispossession is the product of over two years of intermittent recording. It features players from the worlds of underground rock (ex members of White Magic and The Occasion), free improvisation (Ryan Sawyer, Nate Wooley, Jessica Pavone), synth and string textures inspired by the likes of Eliane Radigue and the Spectralists, a vocal and lyrical presence of unsettling, near-subliminal depth, and the omnipresent backbone of fingerstyle guitar, without a trace of “Americana” to be heard. The basic band tracks were recorded live, at more or less the moment when the arrangements first crystallized, so there’s a bedrock of spontaneity and a free feeling to the proceedings, complicated by the highly mapped-out nature of the subsequent orchestration, synth washes and overdubs. It’s a record that fits the broken mold of auteurist songwriters who nod to the ideas of forward looking writers and artists in their work, a loose lineage that could include musicians like Robert Wyatt, Scott Walker, or Richard Youngs.

A few words about the title: Dispossession, a word that has a foothold in both the spiritual and material worlds. A rite of exorcism, a casting out of spirits; but also a state of extreme economic marginalization, of being set adrift in the world with nowhere or nothing of one’s own. In mythic terms, humans are the dispossessed—this tribe cast out of an edenic paradise. And in another cosmology, to live in accord with the truth is to acknowledge that ultimately nothing is ours. Back in the here and now it’s a state much of the world is in, and one the rest of it may be headed for, barring we find a way to cast the “demons” out. 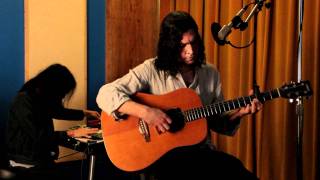 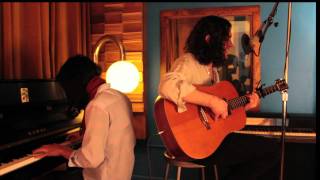