Songs III: Bird on the Water

Songs III: Bird On The Water

It was inevitable that Marissa Nadler would rise from the underground to reach a wider audience someday. Her music is dreamy and spectral: an amalgam of traditional folk, paisley underground, shoegaze, and dream pop. Almost all of the songs are very sad, about broken hearts, death, or simple burdens. Her voice is what most people immediately respond to, with the writing and playing yielding a slow burn subtlety. Excelling at a Fahey-esque finger-picking technique, she plays homage to some of the great early American blues players. The Basho like 12 string guitar movements are also quite lovely.

She sings songs of the sea, the haunting chansons of maidens, the cowboy ditties of ranchers, and the funerary processions of mourners. The eerie quality of her atmospheric music gives her songs a timelessness and sadness that is often described as other worldly. 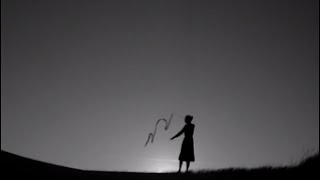