Six more tracks by The Coolest Band In The Tri-State Area. Daniel DiMaggio is living in the big city now and as the driving force behind Home Blitz, he keeps the rhythms crazier and the feelings more nervous than ever, having fully adopted the restless jangle of Hoboken ’81, the working-class anger of London’s East End in the mid ‘70s and the starry-eyed wonder of the Sunset Strip in ’78. You can choose which lens you want to view them through, though there’s only one right answer: that which is the most sincere, because Home Blitz is nothing if not real. If they align most closely with the sort of bespectacled guitar pop-in-the-wake-of-punk that gave rock critics the chills way back when, it’s because that’s where the heart of this music resides, the thrill of excavation and discovery of an era before one’s own, the one that speaks to you the most clearly. There is real love in these songs, five new originals and a reverent cover of Game Theory’s “Rolling With The Moody Girls.” What a great time you’re gonna have with Frozen Track. 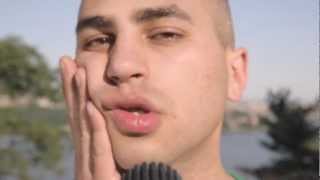