We talk about the journeys on which music can take us, but really, where do we go? The rock club? The record store? The mall? Online? No way; the trip is internal. Inside our minds, maybe our souls. That’s where we go.

Someone makes a mixtape for you, and you can guess as to its intent, but only the compiler can tell you what it means. We did that earlier this year with Tastes The Broom, our introduction of freewheeling Brattleboro, Vermont rock/folk wonderments the Happy Jawbone Family Band, to Mexican Summer. This self-titled effort serves as the fulfillment of that work. We set the levels. Since the vinyl edition sold out in a matter of weeks, we assume that the record-buying public agrees with us.

Now it’s the band’s turn to make the adjustments. And what they’ve given us, to give to you, represents their finest and most directly fulfilling music to date. The energy and humor of early releases remains, maybe even more so given their development over the years. That band you may have loved before has grown even stronger and more potent; its songs have become monuments to individualism, to longing, to happier endings resulting from imperfect circumstances, steered by their history (they all met at the Jack Kerouac School of Disembodied Poetics at Naropa University, and took it from there) and their placement on the globe. Binding folk, indie rock and pop forms together is easy enough; it’s what this band does with them, how it builds its sentiments and bursts preconceptions, that put them in a place where these musicians can rest, comfortably above and apart from almost every band working in this same terrain today. It’s not apples and oranges we’re talking about here, it’s Lindsey Buckingham and oranges.

The Jawbone recorded this new album with Jarvis Taverniere (Woods, Meneguar, producer of many a great record over the last few years), and he’s shown how to open up their sound without sacrificing the bouts of whimsy and peculiar emotions that arose from previous efforts. The band’s met the challenge as well, whether it be songs about finding your father in a dress, trying to resolve the differences between two people, or boiling down childrens’ literature into the underlying parables, no matter how crass (their incredible ballad “Hans Christian Andersen’s The Little Mermaid” sums up this experience: “I really fucked up this time”). The immediate charms that “D-R-E-A-M-I-N” will lay on you reverberate across the rest of the album, on which we’re hearing the trippiest moments of the Beatles, the aforementioned Lindsey at the peaks he reached on Tusk, and both poles of American post-punk songwriting royalty, Camper Van Beethoven at one end and Thinking Fellers Union Local 282 at the other.

We can only guess as to your own experience with music. We hope that you’ll try on the ones lived by the Happy Jawbone Family Band, reflected on this new album. We think it’ll brighten and deepen your own experience the way it has our own. Try it on. 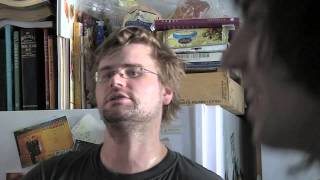 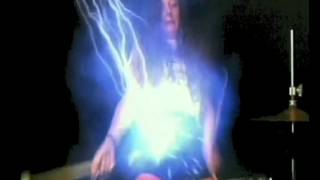 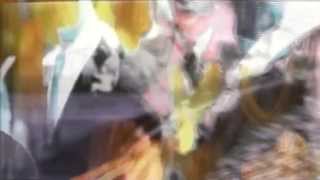 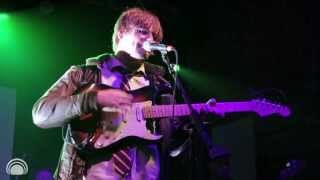