What does the sun sound like? L’Orange, L’Orange, Gregg Kowalsky’s first solo album in eight years, might have the answer. Its vivid music – sourced from analog synths and mixed on a laptop – arrives in rays of sound that shine skyward. There are many moods in each track, but the overarching aura is one of brightness and optimism. Hence the album title, which nods toward the radiant hue of our life-sustaining star. “That’s the color I started to hear when I mixed these tracks,” Kowalsky says. “Mixing when it’s sunny out every day affects you.”

Kowalsky knows sunny days. He was raised in Miami, and has lived in Los Angeles for the past three years. The warm atmospheres of those shining coastal cities infuse the luminous ambience of L’Orange, L’Orange. “After I had worked on this album for a while, I realized the music sounds like those places to me,” Kowalsky explains. “This record is basically about my connection to Florida and California – even the song titles reflect that.”

As an example, Kowalsky points to the album’s second track, “Maliblue Dream Sequence.” Its lapping synth waves mirror the time he spent working on the record at a friend’s home in the beachside city of Malibu. But you can hear echoes of blue skies, sun-baked shores, and drifting tides throughout L’Orange, L’Orange – from the sparkling ripples of “Tuned to Monochrome,” to the rising rhythm of “Pattern Haze,” to the sandy layers of “Ritual Del Croix.” And it’s not just about LA. “Florida shaped my sound directly, and part of this album is me sticking up for Florida too, a beautiful place that gets a bad rap,” he says. “Florida’s all right. That’s one thing I want people to take away from this record.”

Between growing up in Florida and landing in LA, Kowalsky spent a decade in the Bay Area. He completed an MFA in Electronic Music at Mills College in Oakland and recorded two solo albums, 2006’s Through the Cardinal Window and 2009’s Tape Chants. In his last few years there, he concentrated on installations and conceptual pieces, alongside his work in Date Palms, his duo with Marielle Jakobsons (their album Honey Devash was released by Mexican Summer in 2011).

After relocating to Southern California, Kowalsky focused back on making solo music, and realized he had to relearn his approach. “It was a long process of exploration, but I ended up going back to how I started with my first two records,” he explains. “I just wanted to make music to make music, and not think as much about concepts and making the process a big part of the composition. I basically made music that I wanted to listen to.”

Kowalsky concocted that music using recordings he had made in Oakland, when his job at an engineering school afforded him the chance to play and record on a collection of analog synthesizers. When editing and mixing those sounds on his computer, he set a few parameters: “work smaller”, creating shorter pieces that didn’t stretch to the 10-minute mark; make sure his drones have rhythm, though without using beats; and, most importantly, “I wanted it to feel like a human made it,” Kowalsky explains. “There are no drum machines, there’s no sync. It was about not being constrained to time signatures and being OK with the music drifting. So if an edit was a little off, I thought, ‘Who cares? I’m a human and I made it.’”

Perhaps the most human moment on L’Orange, L’Orange comes at the end, when Kowalsky trades synths for acoustic piano on closer “Blind Contour Drawing.” He has no formal piano training, but he used that to his advantage. “That’s why I gave the song that title,” he says. “It’s like drawing where you don’t pick the pen up – that’s how I play piano. I play as if it’s a song through spacing.” Once again, Kowalsky’s environment had an impact: he used a piano he found in a rented apartment during a trip to Joshua Tree, and the results – run through a cassette tape echo – have the desolate but wide-open feel of the California desert, sparse but full of potential.

As the tracks he was building for L’Orange, L’Orange began to click, Kowalsky was surprised to find he had made something so sunny, given how he got there. The struggle to reboot his solo process, as well as the disorientation of moving to a new city, had made his initial years in LA difficult. “That time was dark, and making this record was what I needed,” he says. He cites the steadying bass line on “Maliblue Dream Sequence” – the only discernible bass on L’Orange, L’Orange – as an emotional analog to his life in the City of Angels. “I made a blissful record, and that’s not usually what I do,” he admits. “Just making it was meditative.”

Don’t mistake meditative for placid, though. Kowalsky has no interest in creating background music, and there are moments throughout L’Orange, L’Orange that surprise, confound, and provoke (just wait until you hear how opener “L’Ambience, L’Orange” ends). “My early work was once described as furniture music, and I was like, ‘What the hell is that?’” Kowalsky recalls. “Everything I’ve made after that forces you to engage. You can’t just put it on and do something else. It’s nice, but it demands your attention. I don’t want to make music that serves any other purpose – that’s not why I make music.”

So the sunshine of L’Orange, L’Orange isn’t just about brightness and bliss. It’s also about engrossing your mind – creating an omnipresence not unlike that shiny orange orb whose ubiquity defines our days and whose absence fills our nights. For Gregg Kowalsky, music can have that same kind of overpowering effect. The sounds of L’Orange, L’Orange can calm your nerves, warm your mood, and maybe even enlighten your mind. 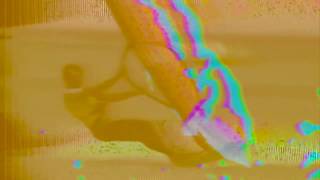 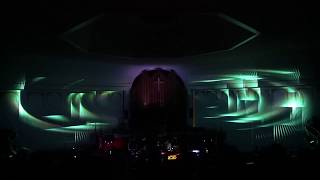 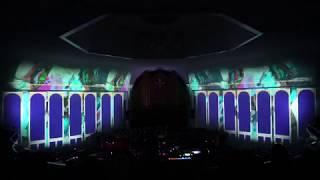 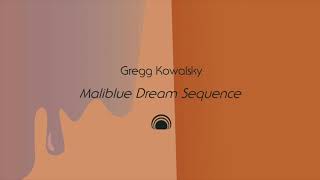 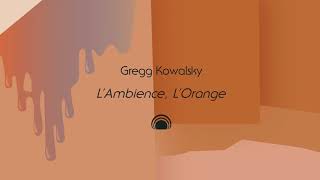