Bandleader Gustav Ejstes has made many allusions to his creative process as it likens to that of a hip-hop producer. On 4, that process is more evident than ever, both in the feel of each piece, and in the sense of intuition and control within the members of the group. New drummer Johan Holmegard joins guitarist Reine Fiske and bassist Mattias Gustavsson, while Ejstes steps away from guitar for the entire album, focusing on the piano as his lead instrument. Together, they have honed a classic and seamless sound, constructed with lavish studio flourishes and moving, narrative arrangements, and yet able to toughen up to tear veins of fierce blues-psych instrumentals up from the surface.

The ten tracks on 4 comprise Dungen’s a most concentrated effort, beats surging forth and atmosphere changing as their sound continues to evolve. Every song here runs under five minutes, pushing the group to introduce confident melodies and arresting ambiance in tighter frameworks. 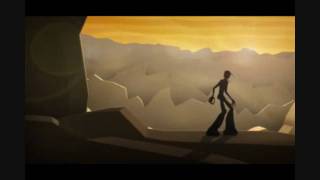