Connan Mockasin and Devonté Hynes wrote and recorded the Marfa Myths 001 EP as part of the 2015 Marfa Myths festival. The pair spent the week prior to the Myths festival in Marfa Recording Studio with Gregory Smelley, an engineer and facility growing in prominence as the Far West Texas town increasingly becomes a destination for bands worldwide.

This occasion marked the first collaboration between Connan and Dev. Their week together inspired three new compositions that focus and flit through both artists’ particular approach to pop songwriting. Connan’s choral melodies meet Dev’s throwback funk in “Feelin’ Lovely” and “La Fat Fur”, whereas “Big Distant Crush” showcases a golden coalescence of their respective talents for crafting heartfelt ballads.

When their sessions concluded, Connan and Dev treated the Myths attendees to a special, impromptu performance during the festival’s showcase at The Capri – no better way to celebrate a collaboration fostered in Marfa. The festival expands our goal beyond the studio and onto the live stage, offering more artists – and more fans – the chance to join our family.

Marfa Myths 001 is the first in a series of records that serves artists within the Mexican Summer crew to collaborate with mutual admirers and kindred spirits whose work lives outside of our catalog. Marfa Myths 001 will be available digitally and on a limited edition vinyl pressing.

Marfa Myths is an annual cultural program in Marfa, Texas curated by Mexican Summer and co-presented withBallroom Marfa. For a look back at this year’s festival, view the full recap and photo gallery here.

Check out Connan’s interview with i-D Magazine for behind-the-scenes photos and tales from the studio. 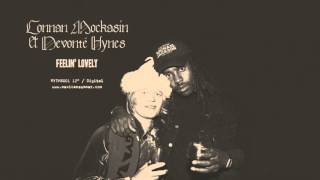