New Zealand via Paris/London pop sprite Connan Mockasin follows up the widely acclaimed oddball-psych of 2010’s Forever Dolphin Love. Caramel boasts a unique brand of mutated, lustrous soul that was almost wholly self-recorded over a month in a Tokyo hotel room. Described by Clash Music as “a true cosmonaut of inner space,” the new album explores different regions of Mockasin’s singular galaxy, guided by his truly adventurous songwriting that favors reconfigured pop structures with a skewed funk sensibility. If Caramel wasn’t enough, Mockasin has also been writing more material for Charlotte Gainsbourg after penning the exquisite “Out Of Touch” for the actress/singer’s 2012 mini-album, Stage Whisper. It’s another sign that Mockasin is going places, but at his own pace – just as Caramel suggests the process of melting and taking on a new shape, a new taste. That is the true sound of Connan Mockasin.

Mexican Summer is delighted to announce the release of Connan Mockasin’s debut LP Forever Dolphin Love for the first time ever in North America. Originally released in 2010 (under former title Please Turn Me Into The Snat), Forever Dolphin Love remains a vital introduction to the strange and fantastical universe of Connan Tant Hosford. Following its release on Erol Alkan’s Phantasy label, the New Zealand-born songwriter enjoyed a flurry of critical and artistic praise from the likes of David Byrne, Johnny Marr, Blood Orange’s Dev Hynes and Charlotte Gainsbourg, with whom Connan is an ongoing collaborator. In addition to touring as Gainsbourg’s live band, Connan has also toured in support of Radiohead and Crowded House – both of which have provided a much larger platform for this off-kilter rising star.

There’s a truly mercurial quality cast over Forever Dolphin Love. Much of this can be attributed to its production, which floats and flows with an organic bedroom sensibility, creating a delicate environment for Connan’s helium-inflected vocals. But the songs themselves are equally captivating – full of wormy vignettes, druggy detours and subtle idiosyncrasies that gradually reveal themselves after repeated listens. Tracks like “It’s Choade My Dear” and “Faking Jazz Together” are perfect slices of light-headed psych pop, constructed around spidery hooks, pitter-patter percussion and slow, sinuous grooves. Opener “Megumi the Milkyway Above” and closer “Please Turn Me Into The Snat” inject some dynamic variation – the former with a jazzy, samba-like shuffle and the latter with shouted, melodramatic vigor. The title track acts as the album’s centerpiece – an ambitious suite that clocks in at over ten minutes; slithering through funk-filled interludes and lush passages into one of the album’s most frantic and memorable hooks.

Completing the experience are Connan’s lyrics; a mixture of absurd storytelling and hypnagogic whimsy that imaginatively tie into the album’s loose concept about an anthropomorphic dolphin. On live favorite “It’s Choade My Dear” he sings: “I’m a China toad, but I’m in filing mode / please take it off / I have four arms to see things through, for fetching food so we can’t stop…”. This might all be a little forced in someone else’s hands, but Forever Dolphin Love exudes a genuine weirdness that is fully realized in all aspects, particularly in its charming videos. Even the album sleeve, which features surrealist paintings by Connan, feels like a perfect reflection of the music inside, and indeed, of its auteur-like creator. 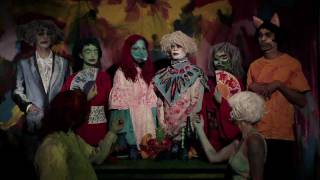 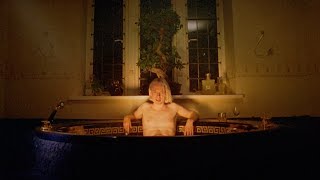