Call Of The Wild

Leave Your Leather On

Trying to explain the sound of a band like Brooklyn trio Call of the Wild seems the proverbial fool’s errand. What do you want to know about rock & roll that rock & roll can’t teach you, or hasn’t already? That it’s loud? That there are jackhammering guitars, death-defying bass, hollering vocals and drumming so hard and fast it could induce a heart attack? Should we go on?

Sure, why not. Call of the Wild got together in 2011, not long after the dissolution of Allison Busch’s previous band Awesome Color. One look at these three – Busch, one of the most maniacal drummers on the East Coast, if not the whole continent; guitarist Johnny Coolati, with hair down to his ass and a wide-eyed stare that could carve pockmarks into your face; bassist Max Peebles, coming off all cool and calm until the moment the band hits the stage. They’ve been pounding it hard ever since. Some doofus came to this party at Allison’s house when Call Of The Wild was playing her birthday party, leaned against a light switch and flipped ‘em on. Coolati raised a finger to the offending geek and gave him the sort of gesture not seen since Donald Sutherland at the end of Invasion of the Body Snatchers. You can damn well bet that light got turned back off.

Leave Your Leather On is Call Of The Wild’s debut album, knocked out at Rare Book Room with Nicholas Vernhes at the desk. It is the epitome of rock-based expression for what the Mayans insisted would be the last year of life on Earth, scorching everything it comes in contact with – while the eggheads in the room are busy playing “spot the riff,” the rest of you are gonna be knocked right on your ass by the band’s relentless energy and devil-on-your-shoulder stances towards the choices you have to make in your life day to day. More to the point, this is a party record, made by the kind of people who can destroy a party; metallic rock & roll designed to ensure you’re never gonna get your security deposit back. Songs involve getting serious (“Crack the Whip”), the films of Lucio Fulci (“NY Ripper”), flooring it (“Autobahn”) and breaking shit (“Breaking Shit”). These songs encourage you to make those impulse moves, those choices that could make you the hero of your next social outing just as easily as they could get you thrown out, face first, onto the sidewalk.

This is a band with no compunction over giving you a bear hug, then slipping their hands upwards and choking you out. You get what you came for and a little extra, which is what rock & roll has always been about. You’re gonna leave your leather on because you need the protection from what these three have in store for you. And because it looks cool. 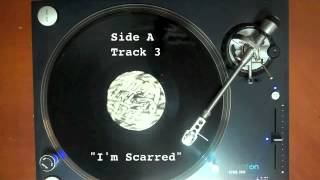 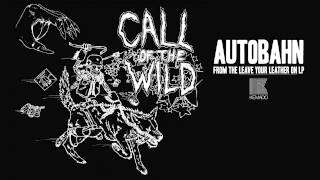 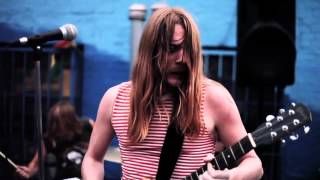