Never Really Been Into It

The legacy of North Carolina’s Ashrae Fax seems destined to be appreciated in retrospect, in no small part given to the tremendous power of the group’s 2003 release Static Crash!, reissued twice from its initial CD-R run before appearing on Mexican Summer last year. The Goth/ethereal duo of vocalist Renee Mendoza and guitarist Alex Chesney had built a long, strange and mostly undocumented legacy prior to that release, and Never Really Been Into It extends the tale back even further: ten songs, sketched out in the late ‘90s, most of which were never completed and remained unheard until now. “This would’ve been our first full-length,” reflects vocalist Renee Mendoza, “if we had any idea what we were doing [back then].”

Rescued from a shoebox of ephemera from the band’s earliest days, when Mendoza and guitarist Alex Chesney drifted out of high school and into the uncertainties of early adulthood, these songs were the product of a band whose members had nothing but time and ambition, influence and desire to transcend their humble beginnings. Pieced together and re-recorded over a five-month period in 2013 by Renee Mendoza in her home studio, from mere stems and forgotten takes preserved on decades-old minidisc recordings, the songs on Never Really Been Into It reflect disquiet, uncertainty, hope and numbing, absolute beauty, along teenage obsessions with The Cocteau Twins, The Cure, and perhaps the Projekt Records roster, refracted through the lens of latter-day experience – pristine musicianship, gorgeous vocals, cryogenically frozen until now. Had these songs been properly released when initially conceived, Ashrae Fax would have no doubt found themselves in the midst of the upswell of ethereal pop bands of the ‘90s (The Underflowers, Ultracherry Violet, The Curtain Society). As such, their moment keeps happening, and never ends. 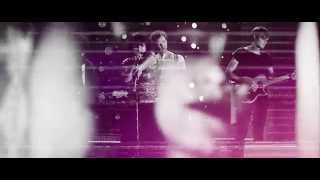