Alexis Georgopoulos aka Arp (rhymes with ‘harp’ – not pronounced “A.R.P.”) has always approached recordings with a conceptual bent. Imbued with an expansive sense of music history – he’s written about Pop and Avant-Garde music for i-D (UK), V, ANP Quarterly, BOMB, Fader, and Vice – he has a penchant for doing the unexpected and refusing to take part in the fleeting pop trends of the given day in favor of pursuing a more adventurous trajectory.

Georgopoulos made last year’s full–length MORE primarily by himself. The endeavor took time. With Pulsars e Quasars, he wanted to work quickly. He asked a few friends to join him in the studio. And while the same nuanced attention to detail that characterized MORE is present here (FADER’s Emilie Friedlander called it “beautiful psych-pop”), there is a looser, slightly more drugged–out, live band quality present here.

As the title infers, there is a ‘cosmic’ quality to Pulsars e Quasars – in a sense, it draws a link to his earlier Cosmic Synth work, albeit reclaiming and redefining it in a Pop songwriting context. Opener “Suns” sets the tone. And it glows. A bracing current of electricity, it’s a slate–cleaner, an improvised transmission capturing the group sound of this temporary ensemble in motion. “Pulsars e Quasars”, the title–track and mini–album’s first single, is a lysergic rush, a kaleidoscopic bite of psychedelic Anglophile pop. Settling into his singing voice – most of his earlier albums were primarily instrumental – his voice finds a comfortable spot between the narcotic resplendence of George Harrison and the delicacy of Broadcast’s Trish Keenan. The music, meanwhile, opens swathed in phased guitars before building into a prismatic, melodic fuzzed out mass. A tune that might just become a make-out classic.  “Chromatiques II (Extended Mix), mixed in collaboration with Jefre Cantu–Ledesma (who runs the Root Strata label and whose forthcoming LP will be released on Mexican Summer) bleaches “Pulsars” into a sunkissed haze that you might want to go on forever. If, when it ends, you wonder if it had just been a mirage, you’ll have the warm sensation of having been singed. Just a little.

If it feels that the poppier Arp gets, the noisier he gets, “UHF1″may provide further evidence. Over a chugging motorik pulse, phased out guitars and a melodic hook of a bassline, Georgopoulos narrates a moment of discovery while modular synthesizers float through the stereo field. It all mounts into a flurry midway through, with a guitar breakdown before splintering into a mini-symphonic guitar epic that spirals upwards before combusting altogether. “On Returning” is an anchor, providing the emotional catharsis of the EP. Built on a guitar loop, it smolders, a burning ember of guitar leads and textures before reaching up toward the heavens with a small chorus of vocals, featuring Georgopoulos joined by guitarist Evan Doering and Erin Fein. “The Violet Hour” revisits “Pulsars”, locating a composition via subtraction and abstraction. The equivalent of mini–film score, it showcases Georgopoulos’ taste for Sound Library recordings, combining plucked bass with tape delay flourishes, fuzz guitar tones and a strange analog bell tones. Montreal–based Roger Tellier–Craig aka Le Révélateur contributes the closing track. A former member of Godspeed You Black Emperor, he’s been wowing crowds in recent years under his Le Révélateur project (Gneiss Things). “New Persuasion (Le Révélateur Mix)” borrows elements of “MORE”‘s album–closing track “Persuasion” and extends the kraut-y rhythms into a shiny moving vehicle.

If much of today’s heralded music falls into populist Pop on one side or a topography of obfuscated disinformation on the other, Arp is charting a path of his own. Does the cosmic nature of Pulsars suggest a marooning? An exploration of infinite voids? Or perhaps The Earthbound riding into the sun? Ultimately, the listener will decide. Either way, Pulsars e Quasars is joyful noise unto us, a vista of blissed–out Psychedelic Pop. 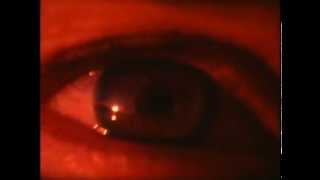